EVERYTHING WE DO REVOLVES AROUND SAVING LIVES

All organizations face some degree of risk and threat, whether from natural disasters, cyber breach or man-made incidents. A risk assessment can help you recognize weak areas in safety, determine the proper training, technology, and processes as well as guide you through an implementation process to mitigate these risks.

Comprehensive safety plans make a difference between life and death in violent critical incidents. The risk assessment provides you with an inclusive list of the good, the weak and dangerous areas in your organization along with recommendations on a course of action needed to correct issues.

Our Assessments are done by certified professional assessors onsite, online and from the inside out and outside in. We conduct the entire process for the organization, with the organization. ALICE assessors are ASIS International Board Certified and designated Physical Security Professionals. This certification is the highest in the field and must be recertified every three years. This keeps our assessors up to date on all recommendations.

Get A Risk Assessment ALICE Training Institute is proud to be included in the A.M. Best Company directory of recommended Expert Service Providers. A.M. Best Company was founded in 1899 as a full-service rating organization dedicated to serving the financial and insurance industries. We believe the A.M. Best designation is indicative of the standard and quality of the comprehensive solutions we offer. ALICE training is recognized for a variety of expert services in security at the national level, including Risk Assessments. We are the only active shooter response training company to be recognized on the list and one of only seven security companies recognized on the list. Apply for a Risk Assessment.

Our certified ALICE Risk Assessment Professional performs an in-depth site visit to the client property, conducts interviews, collects data and defines potential issues. Our clients receive a report with recommendations to maintain and improve the security and safety posture including operational and best security practices; safety and security procedures; physical security measures and site hardening measures. This report can be used as an overall roadmap for the client to utilize for current and future security planning and budget requests to executives. Learn More.

Do You Know What to Ask

As the recognized industry leader in Active Shooter/ Violent Intruder Civilian Response Training, the ALICE Training Institute knows how important it is to provide the best training with the best customer support systems to save lives. Professional Risk Assessment is another way we prepare our clients for all hazard’s response using this concept. Here are six questions to answer when choosing who conducts your risk assessment.

1) Is the person a credentialed professional?

Everyone one of our Assessors is Internationally Board Certified as a Physical Security Professional (PSP). This is the highest certification in the security field and is recognized as the “Gold Standard” for security professionals worldwide.

2) How often should we conduct a Risk Assessment?

Most insurance companies recommend and on-site assessment every four years. If you’re only doing one because “something happened”, that is not enough. Risk Assessment it a living process that never ends. We know that the support of our clients doesn’t end once we leave the site. We stay in touch and provide a resource for our clients for the life of our contracts

3) Can’t we just download a risk assessment from the internet and do it ourselves?

The concept that there is a standardized one size fits all approach has proven to be a faulty assumption when it comes to traditional lockdown response to an active shooter.  The same holds true for Risk Assessment. A professional assessor will be able to recommend appropriate security measures based on your infrastructure, recommend up to date changes, based on current laws and recommendations, to your policies and plans, and demonstrate proof of knowledge and experience in threat assessment and risk analysis. Someone walking around with a free assessment download from the internet checking boxes off is ensuring you have a product giving you exactly what you paid for it.

4) What do credential security professionals know that make them experts in the field?

Is a person checking off boxes for you meeting the level of expertise necessary to do the job?

5) We just need to meet a minimum standard for (Fill in the blank. The state, our insurance company, etc.). Why should we conduct a professional risk assessment?

While the minimum expenditure and effort may be acceptable before a critical event occurs, you can rest assured it will not be acceptable in the aftermath. Do you want to have professional resources to call on to defend and what you have done, based on professional recommendations and continued contact with those resources? Or, do you want to pull a dusty checked box risk assessment you did four years ago off a shelf to meet the minimum.

6) A (fill in the blank- camera, alarm company, etc.) has said they will give us a free assessment. Why not use them?

Professional Board-Certified Assessors are not product affiliated. Many times, these types of assessments lead to the company’s products being recommended. We do not recommend products from specific companies or organizations. All recommendations to upgrade or install physical security measures should be sent out for bid.

Retiring after a distinguished 27-year career with the Kent State Police Department, Lt. Hendry has been named by the Ohio Department of Homeland Security and the Ohio Attorney General’s Office as an expert in civilian and law enforcement response to active threats.

He holds a Bachelor’s Degree in Telecommunications from Kent State University, is a graduate of the “Police Executive Leadership College” and the “Certified Law Enforcement Executive” program. He is a trained Crisis Intervention Team officer in dealing with mental health issues. He served six years in the United States Marine Corps. He was an Intelligence Liaison Officer with Ohio Homeland Security.

As a National Trainer for the ALICE Training Institute, he is considered one of the top trainers in Violent Critical Incident response in the United States and has trained approximately 3,000 local instructors for law enforcement, businesses, health care, houses of worship, universities and K-12. He holds board certification as a Physical Security Professional (PSP) from ASIS International to conduct security assessments world-wide. Barbara Dorff has been an educator for the past 38 years. She spent 21 years as a K-12 counselor and has also been an Associate Principal at a large high school, Principal at a K-8 school, Director of Students Services and Executive Director of Learning for Green Bay Area Public Schools. She retired in June 2015 from her position as the Executive Director of Pupil Services in Green Bay and has had shared responsibility for School Security in Green Bay for the past 12 years. She is currently a Police/Fire Commissioner for the City of Green Bay.  She was on the Wisconsin State School Crisis Preparedness Committee for 7 years and has presented at numerous state conferences on the topic of School Security.

Edward Dorff is a life-long resident of Wisconsin.  Immediately following high school graduation he entered the United States Marine Corps, serving on active duty for two years. Following active service, he worked at American Motors in Kenosha before starting college.  Ed graduated from UW-Platteville with degrees in criminal justice and education and earned a Master’s degree in educational administration from UW-Madison in 1985.

Ed’s work experience includes four years as a patrol officer with the Town of Rome Police Department in Adams County, Wisconsin and thirty-four years as an educator at all levels kindergarten through university graduate school, including three years as the education director at Lincoln Hills School – Department of Corrections. Ed was the principal of Green Bay East High School in September 2006 when that school was faced with a grave “Columbine-type” threat. Ed has received numerous awards and commendations and was twice named as a leader in urban education by the Wallace Foundation. 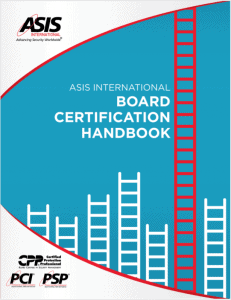 Mitigating Risk with a Plan from a Professional.

Planning is the first step to protecting your organization. All of our assessors are PSP® certified to ensure you receive the most up-to-date assessment to meet the changing needs and expectations of safety.

PLANNING AND RESPONSE TO AN ACTIVE SHOOTER: 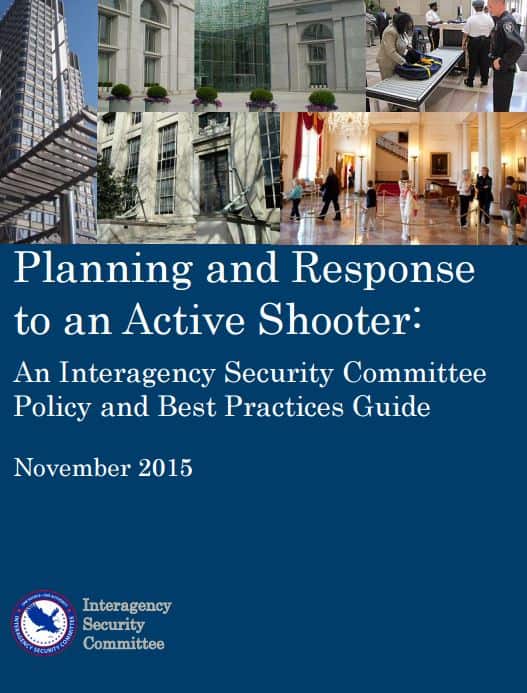 PLANNING AND RESPONSE TO AN ACTIVE SHOOTER:

“Once risks to a facility are accurately assessed, including those posed by an active shooter event, facility security managers and Designated Officials can determine whether countermeasures in place are adequate to mitigate those risks or whether additional countermeasures are required. Procedural, programmatic, and physical security countermeasures resulting from the facility security assessment regarding active shooter events and other emergency situations should be included in the Occupant Emergency Program, Occupant Emergency Plan,…These plans are intended to minimize the risk to personnel, property, and other assets within the facility if an incident occurs inside or immediately surrounding the facility by providing facility-specific response procedures for occupants to follow.”

Understand Your Organization’s Risks and Vulnerabilities

Fill out and submit the form below for a Risk Assessment quote.