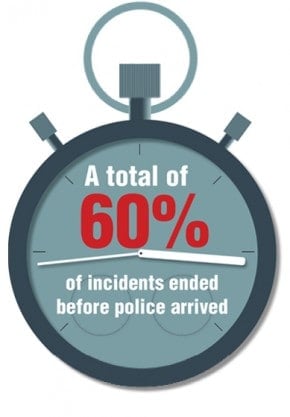 ALICE Training Institute was established by a former police officer. Fifteen years later, ALICE Training continues to be the leading active shooter response program in the country due to the Police / LE community.

Lockdown was the standard active shooter response method for many years, but almost every police officer in America has had a conversation similar to this with their children: “If you ever see someone with a gun other than mommy, daddy or a police officer, you need to run fast.”

Police officers know the volatile dangers of any aggressive intruder and active shooter event. These attacks can happen unexpectedly and produce devastating outcomes within a few short minutes making even the fastest law enforcement response-time futile.

According to the FBI’s 2014 report on active shooter situations, 69% of incidents lasted less than five minutes. Consequently, 60% of incidents ended before police arrived. Police officers understand the necessity of teaching proactive safety and response tactics to citizens.

You conduct the drills. Our e-Learning will take care of the classroom learning.

Becoming a certified ALICE Instructor allows you to train participants who have completed the ALICE e-Learning within your organization. This enables you to focus on high level security plans and the facilitation of training drills specific to your organization.

Host an ALICE Training Class. Your Community with Thank You!

Becoming a Hosting Partner with ALICE Training is an excellent way for a Police/LE Department to build trust and goodwill within their community. Demonstrate your commitment to community safety by hosting an ALICE Active Shooter Preparedness class at or near your organization.

Unsure which active shooter, mass shooting, or aggressive intruder situation training option is right for you? 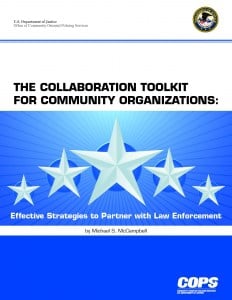 Your Community will Thank You

Police/LE, K-12 Schools, Healthcare Facilities, Higher Education, Businesses, Government, Houses of Worship across the USA are seeking solutions on how to respond during a violent intruder event. ALICE training is a perfect opportunity for law enforcement to foster community partnerships while making the community safer.

We know time and budgets are precious so we help our Certified Instructors each step of the way. Earning the ALICE Instructor certification puts you in a special league, positioning you as a leader and role model.  As an ALICE Certified Instructor, you’ll learn how to master the training drills that represent a vital part of our training.

LEARN MORE ABOUT JOINING OUR CERTIFIED INSTRUCTOR BASE >> 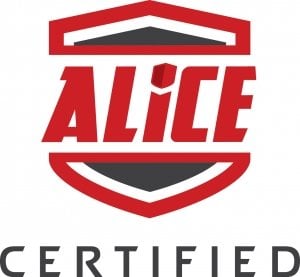 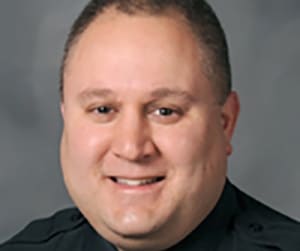 Lt. Hendry is an expert consultant to the Ohio Department of Homeland Security for civilian response to Active Shooter incidents.  For the last six years, he searched to discover the origin of lockdown.  Where did it come from and who developed the protocol for schools?  Why were specific procedures followed when they seemed to be counterproductive to surviving active shooter events?  Why was hiding under a desk the best tactical decision in a building where most rooms are occupied by 20 or more people?

READ ABOUT THE ORIGIN OF LOCKDOWN IN SCHOOLS >>

The University of Toledo Police Department will be holding 15 ALICE Training sessions over the next five months. The goal is to make sure students and staff know how to respond to an active shooter situation.    Read more

Sgt. Joe Bratcher has started educating residents on how to respond if a shooting spree were to occur in Monmouth. “Since 2011, we have been training county and city officers, and some Henderson County officers, every year to continually refresh them. Read more 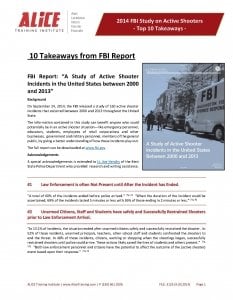 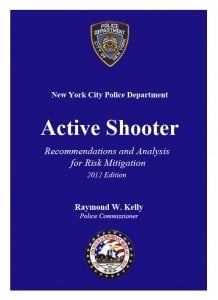 Recommendations and Analysis for Risk Mitigation 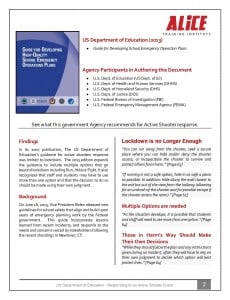 US Dept. of Education 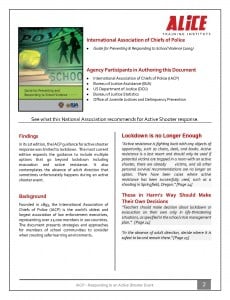 Int’l Assoc. of Chiefs of Police

“One of the best training classes I’ve ever been to. Gary Kamp was an outstanding instructor! 18 years of military and police work and this class was at the top. Tip of the spear!!” October 2015

“When I first heard that I was being sent to ALICE by my director, I’ll admit that I wasn’t too excited. Then, when I met our instructor Shawn, I knew I was in the right place. When he began talking about Boyd’s OODA Loop and the use of diversionary tactics and creation of distance, I was sold. I don’t tell my kids to huddle under a desk and wait to be killed, and the ALICE curriculum spoke my language. By the end of day 2 and the scenarios, I was totally on board. I’ve been preaching the gospel of ALICE ever since. So much so, that I went to my director and told him that we must bring Shawn and ALICE back. It is my intention to contact my “personal networks” not only in law enforcement, but in the public school community and even my state legislators. I want to help turn Arkansas in an ALICE state.” April 2014

“I recently attended the ALICE Instructor Course in Pittsburgh. In my 23 years of experience I have not found a program I feel this passionately about. It is great to save lives of children and respond to the terror in society today.” January 2015

Not sure which ALICE solution is right for you?